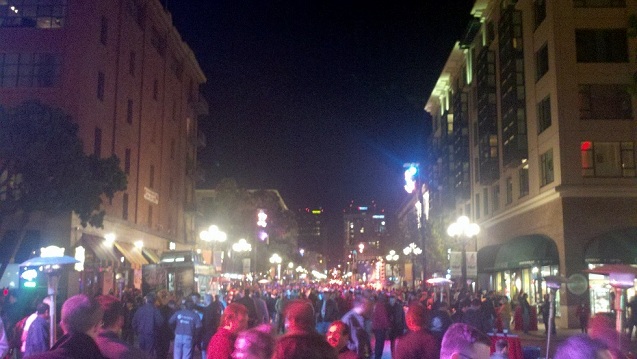 Another SolidWorks World, come and gone.My first was in Anaheim two years ago.  I think the first one is always a bit overwhelming.  Last year was overwhelming because it was the first time I had presented (two presentations, actually) and I was barely ready.  This year, my first with CADSharp LLC, my focus was a little different.  Instead of trying to hit as many sessions as possible, I made sure my presentations were polished and spent much time talking with SolidWorks users and exhibitors to learn about their automation needs. (see poll results below)

My first presentation, Taking Macros to the People: Hands-On For Beginners, was a modified version of the same presentation I gave last year under the same name.  Last year I tried to accomplish too much and ran out of time.  This year we focused on the macro recorder more, and in an hour and a half we had a simple macro that let the user create an extruded base of a specified depth using a form.  Feedback was excellent.

My second presentation, Goldmember: 99 Must-Know Methods and Properties of the SolidWorks API, also went very well.  We covered a 500 line macro that automated the creation of a part, assembly, and drawing.  This was also well-received, with many people noting how much they learned.

As I mentioned, I didn’t attend many presentations, but one I did attend was “API Jump Start” by Arnav Mukherjee—principal software engineer at SolidWorks Corporation.  Arnav started off by showing some API basics before moving to a fascinating example of using Excel graphs to dynamically monitor calculations from the Motion API.  He topped it off by connecting SolidWorks with Microsoft’s Kinect technology, allowing audience members to move the model using Xbox controllers.

I also I also spent a good bit of time in the exhibitor’s hall, talking to as many add-in developers as I could.  My two main questions were, “How did you learn the SolidWorks API?” and “What language did you use to program your add-in?”  I haven’t done an official tally, but here’s the breakdown: 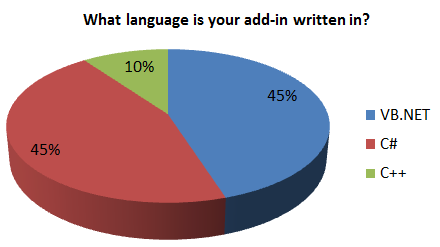 Concerning the first question, it is remarkable to me how many people used the macro recorder and and API Help to wade through their API education.  That is basically my story as well.  Only person told me that their development team had any serious in-house training system for teaching the API.  I was also intrigued to learn that one gentleman flew from Lithuania to England to take the official API training course.  Another user I talked was planning to fly from Bahrain to Texas (!).  As for the second question, I think this pretty well verifies that I ought to create a sister course .NET course for C#.  At least the add-in portion.

The San Diego Convention Center was gorgeous.  Here is a view looking down at the Gaslamp Quarter from the second floor, where the sessions were held. 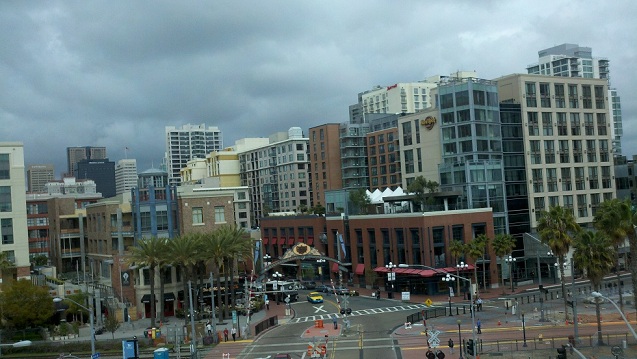 As always, the food and entertaingment was amazing.  The CSWP event took place on a nearby retired aircraft carrier.  As for Tuesday night, the Gaslamp Block Party was back, and I think it lived up to its expectations.  I had a lot of great conversations with those who recognized me from the Goldmember presentation.

As for the general sessions, I missed the first day, but from what I can tell, no real big news.  Deelip Menezes thinks, based on certain comments made, that SolidWorks V6 will appear in 2013.  I’ll just have to see it to believe it.  Bernard Charles did state that when the new product comes out, no one will be forced to switch.  My main interest, of course, is what the API will look like.

If you want to watch the recap of SWW, it is at the end of General Session Day 3

What were some of your memorable experiences from SolidWorks World 2012?  Favorite presentations?

Until March 10th we are running a 20% discount on our Power User membership.  Just use the code “sww2012” (without quotes) when you purchase.

Want to keep up with future CADSharp.com macros, videos, and live training events? Sign up for our newsletter.